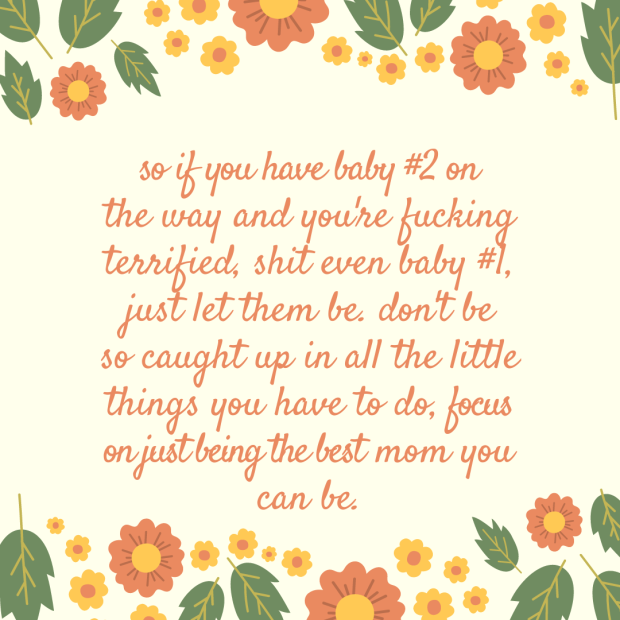 “I never wanted to be a wife. It wasn’t really a major goal of mine. I never had the wedding dreams or thought much about rings. I just didn’t get that girly gene…”

That’s just how Jan started her article, Timing of a Wife, today last year, and I would say I totally agree. Growing up I never understood the idea behind needing “just another piece of paper” to prove your commitment. And while I still find it very formal and silly, I find myself craving it.

Maybe blame the preggo hormones, but I have been feeling it for a while. To the point where I find myself dropping stupid, pressuring “hints” about as subtle as a potty training toddler peeing on your carpet yelling at you the whole time… I do it to the point that I annoy myself as I say it. Its like Mean Girls word vomit. I hear the words coming out of my mouth while my head is saying, “WTF are you doing?”

We have been together for over 6 years, have a 2 year old and a baby on the way. I always thought that if I were to get married, it would be before kids (even though I NEVER thought that would happen either. Joke is on me!) Then, I claimed it would be a deal breaker for us to have a second kid. No judge, no love. Here I am 7 months pregnant with no proposal in sight. And I know this for a fact, because of what he said at Christmas that really messed with me…

Now, hear me out because I know it sounds bad, but I know what he meant.

**Setting the scene, Christmas Eve, heading home from family’s house with our little girl sleeping in the back, high on hormones and butterflies, his hand resting on my thigh where it always is when I drive, just giddy** And then he says this:

You know, I am definitely not proposing or anything,right?

My heart sunk… like I had no inkling or reason to believe that he was going to but hearing that just hurt… I felt all of these weird, oddly unlike me feelings. I felt unworthy, like I hadn’t proven myself good enough, like he didn’t want me as his wife.

He noticed my heart drop through my butt and we had a talk… He explained how he didn’t mean it like that at all but that he would never propose at Christmas time, he was giving me jewelry and wanted to prepare me that it wasn’t a ring in the box, and that all of my feelings were wrong, because I am good enough. I understood where he was coming from and realized those beers from the party make his typically already bad choice of words worse than usual.

But it kind of triggered something inside me. I realized I need to chill. Getting married just wouldn’t make sense for us at the moment and I know this, so I don’t know why I am so worried about it. He loves me, he’s committed to me, and he treats me like I should be treated. We are a typical old married couple with kids but I don’t share his last name. Yet.

As of now, I am happy with our family, with our lives, and with my gorgeous, sweet, adoring BOYFRIEND. When the time comes, we will still pass out watching Netflix at 9pm, eat ice cream in bed, passive aggressively state who changed the baby’s diaper last, and avoid doing dishes together.

So Nicholas: husband and wife, boyfriend and girlfriend, baby mama and baby daddy, no matter the stage I will always have a crush on you.